5 of the Best Presidential Limousines

Heads of state are extremely powerful persons. They must always be presentable and inspire aw among people. With the power they possess, a threat to their life is always present. Today the vehicles they use are built to ensure safety. Most often the presidential limousine is the vehicle of choice.

The most iconic presidential limousines in the world

This is a list of what we consider to be the most iconic presidential limousines in the world:

Presidents’ lives are jeopardized constantly and in the past, many assassination attempts were made. Franklin Roosevelt survived one in 1933 while giving a speech from the Buick convertible.

This is why in 1939 “Sunshine Special” became the president’s car. Its top was almost always open and this is the reason the limo got its name.

Safety was paramount because of the failed assassination. Convenience was important too. Sunshine special had both and became the first presidential limousine that entered the Secret Service’s fleet.

Its wheelbase was massive. It was 160 inches long or 406 cm. The body was armored and it had oversize rear-hinged rear doors. This presidential limousine got updated in 1942. The front end got changed and improved bulletproof glass was installed. After Roosevelt’s death in 1945 Sunshine Special was in service for 5 more years. It is now in the Henry Ford Museum in Dearborn, Michigan. 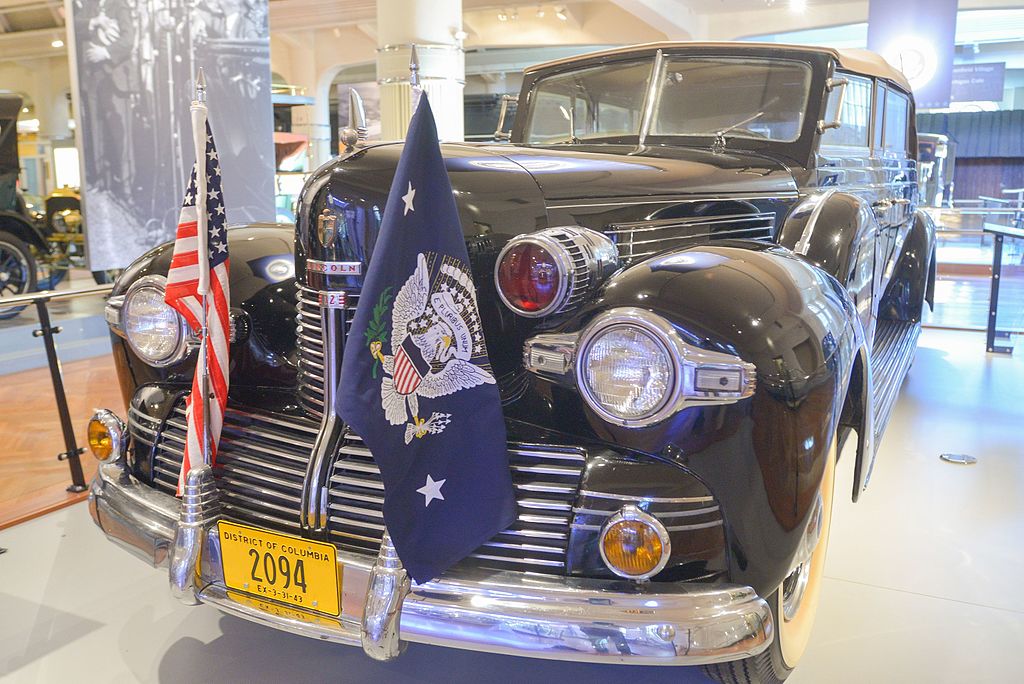 This is the car President John F. Kennedy was in when he got assassinated. On November 22, 1963, this presidential limousine has become a symbol of tragedy.

Originally, the car was the Lincoln Continental four-door convertible. Then, it got stretched 33 inches or 83 cm between both front and rear doors as well as behind the rear doors. It added space to the passenger compartment. The rear seat could be raised so that the crowds could see the President better.

The limo was rebuilt after the assassination. It was armored and the roof was changed. The permanent bulletproof hardtop was fitted. Afterward, it was returned to the presidential fleet.

The ss-100-x was in use by presidents Johnson and Nixon even though it was superseded by different Lincoln in 1967. It is now in the Henry Ford Museum since it retired in 1977.

This presidential limousine was the last one of its kind. It marked the end of an era of limousines with roof openings through which the president could stand.

It took Ford Motor Company three years to build it. The weight of the limousine was astounding 13000 pounds or more than 15 tons. The limousine stopped two assassinations by stopping the bullets. Presidents Ford and Reagan survived the attacks because of it.

The attempt on the life of President Ford was prevented in 1975. Sara Jane Moore tried to take the president’s life in San Francisco. The Secret Service agents pushed the president into this limo and drove him to safety.

President Ronald Reagan escaped to safety in this limo too. The limousine was redecorated to look like a 1978 model. It provided shelter when John Hinckley attempted to take the president’s life.

When the time came for George W. Bush to take office, Cadillac didn’t produce a full-frame rear-drive car that could be converted into a presidential limousine. So when the Bush Deville was presented it only had the look. What was on the inside was something quite different.

People speculated that the frame used for this presidential limousine was one of GM’s full-size SUV’s frames. It had 5 inches or 12,7 cm thick armored doors and bulletproof glass. The glass blocked parts of the light spectrum due to its thickness.

It was rumored that it had a self-contained passenger compartment with an air supply of its own.  It was powered by a huge 454 cubic inch truck engine. The engine is the reason why this 14,000 lb or 6350 kg could go over any obstacle. The inner cores in the tires allowed it to go without problems in case of a flat tire.

The Cadillac was in the presidential fleet during Bush’s second term together with other limousines styled to imitate the DTS production sedan.

No, we are not talking about some creature that lives deep in the forest. This is a presidential limousine. The beast was used as the presidential state car during Obama’s term and was known as Cadillac One. 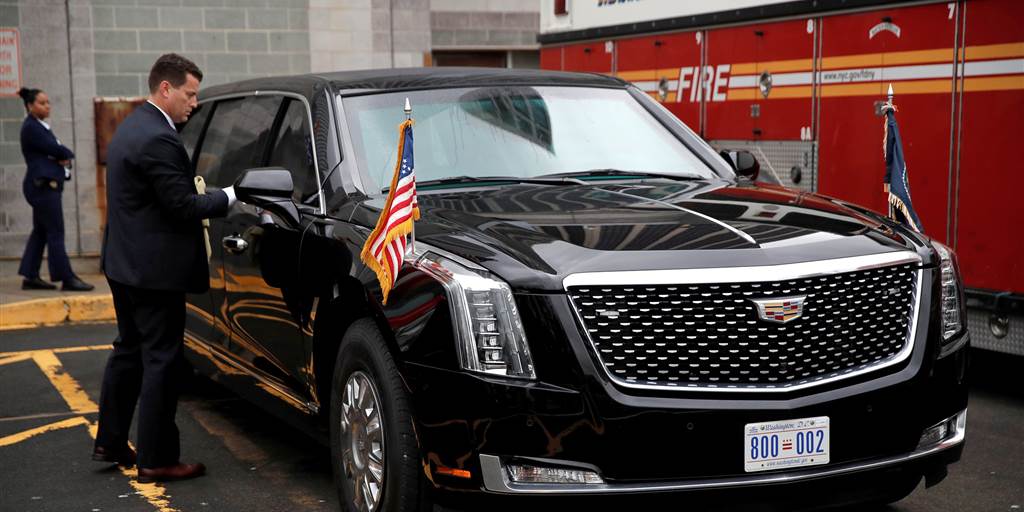 The Beast had offensive capabilities and could withstand heavy attacks. This is the reason why it was dubbed the nickname.

The limousine had the look of Cadillac DeVille but its chassis is one used for a sports utility vehicle. Next to the numerous defensive features, it was fitted to attack if necessary.

The reinforced chassis could protect passengers in case of a bomb exploding underneath the car. The bodywork was armored too. A combination of steel, aluminum, titanium, steel, and ceramic was used. In case it got shot, the gas tank had special armor and was surrounded by foam so it wouldn’t explode. If the tires were punctured the car could continue driving on them.

On the offensive side, it had tear gas cannons to disperse crowds. They would be used in extreme situations since presidential limousine travels in a big motorcade surrounded by Secret Service vehicles.

In case of an emergency, two pints of the president’s blood type were in The Beast always. Also, in case of a chemical attack, the back part of the car could be sealed off. Consequently, the president would be safe not only during the chemical attack but also in the case of nuclear contamination.

The nickname for such a presidential limousine stuck as the new Beast was made for President Donald Trump.

Presidential limousines can be very expensive

The Queen of England loves to travel in style. The style comes with a price. Her Bentley State Limousine costs whopping 15,167,500 dollars.

She didn’t buy it. It was a gift from Bentley. She got the Bentley in 2002 just in time for The Queen’s 50th anniversary upon the British throne (Golden Jubilee). 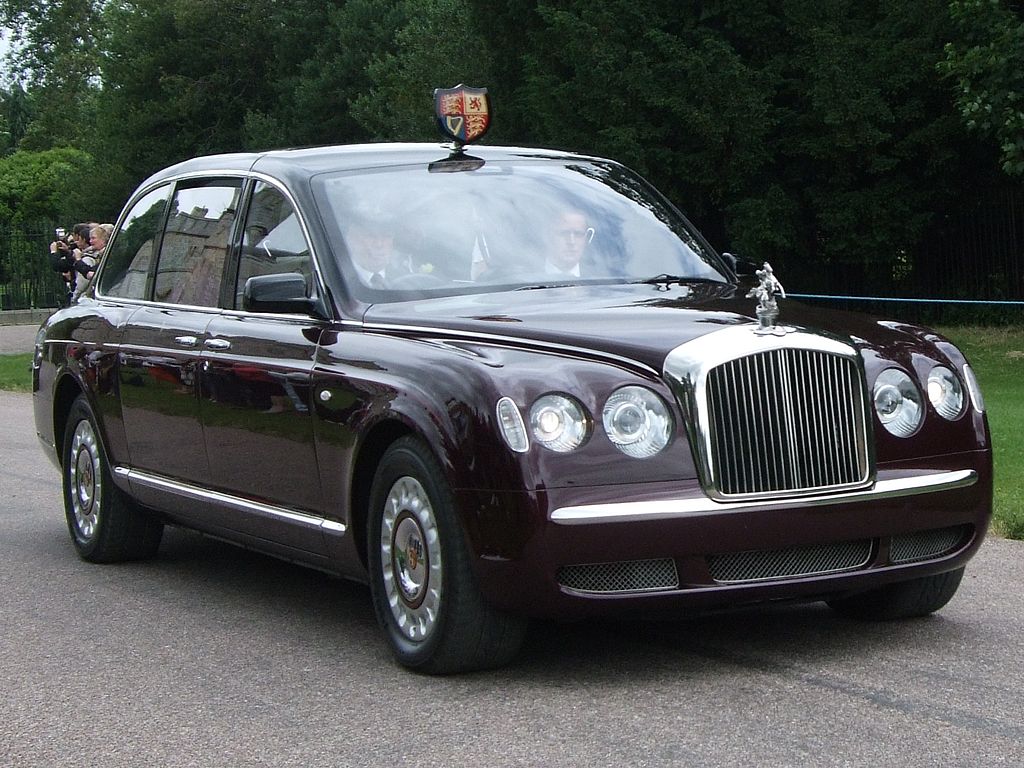 Although they are very expensive the presidential limousines are not one of a kind. They have copies. The Queen’s Bentley State Limousine has a twin. Both are in the Royal Mews.

The Beast cost 1,500,000 dollars and was made in about a dozen copies. The reason is that they can be sent all over the world ahead of the president.

After the presidential limousine gets retired it is destroyed

You can’t find the limousines at the used-car market. Secret Services destroys them for security reasons.

They are not in the movies

When you see a presidential limousine in the movie you just see the copy. The filmmakers use their creativity and imagination to replicate them.

You can’t buy one

Special Services order the presidential limousine for the president. While some companies are selling their lookalikes they are not the real deal.

But if you want to feel like a head of state for a moment, you can hire a limousine service. It is a feeling like no other.

Presidents of countries must always look their best. They represent the power of their country. As such, they need a sturdy vehicle that looks stylish. The result is a presidential limo. In the past, a car president liked was modified into a presidential limousine. The president would choose one and then it would be changed. Now the limousines are custom built. They may have the appearance of a limo but have the endurance of a tank.